She was 14 months old when she had her first pair of inline skates, but only at age seventeen Francesca Lollobrigida she had her first taste of ice skating in Baselga di Piné. “I was in my inline suit with short sleeves and all the ice skaters were looking at me, what is she going to do?” Looking back she laughs about it. Over the years Lollobrigida has become a household name in International Speed Skating.

Coming from Rome, Italy, winter sports were not on Lollobrigida’s radar as a kid, but roller skating was in her DNA. “My father was a champion inline skater,” she explains. “He let me try all sorts of sports, like dancing and tennis, but that was not for me. I’ve got a picture in my room from when I was 14 months old on my inline skates. I was so little, but my smile was bigger than ever.”

Getting back up again

With the small wheels under her feet, Lollobrigida quickly made a name for herself, Lollobrigida was a successful inline skater, winning her first Junior World title in Cali, 2007. The next three years her sports career was put on hold due to glandular fever and when she returned to competition in 2011 lady luck still was not at her side.

At the senior World Inline Championships in Korea, she crashed out even before she had the chance to compete. “At a training ride on Saturday morning we passed by men at work and there was a cable across the road,” she remembers. “At the moment I crossed it, the men pulled the cable up high. It must have looked like an accident in a cartoon movie.” 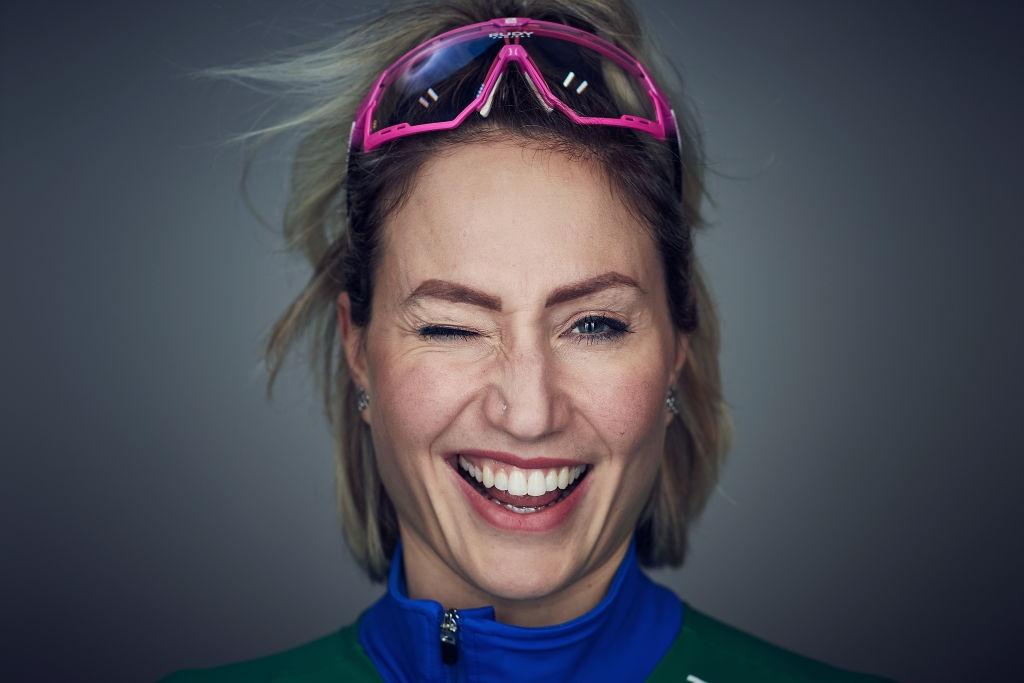 Waking up after surgery, Lollobrigida wanted to go back to the track immediately. She says: “I crashed on Saturday morning and we had to skate the relay in the afternoon. I said I wanted to skate, but the doctor said I was crazy, my shoulder was broken, I couldn’t skate.” 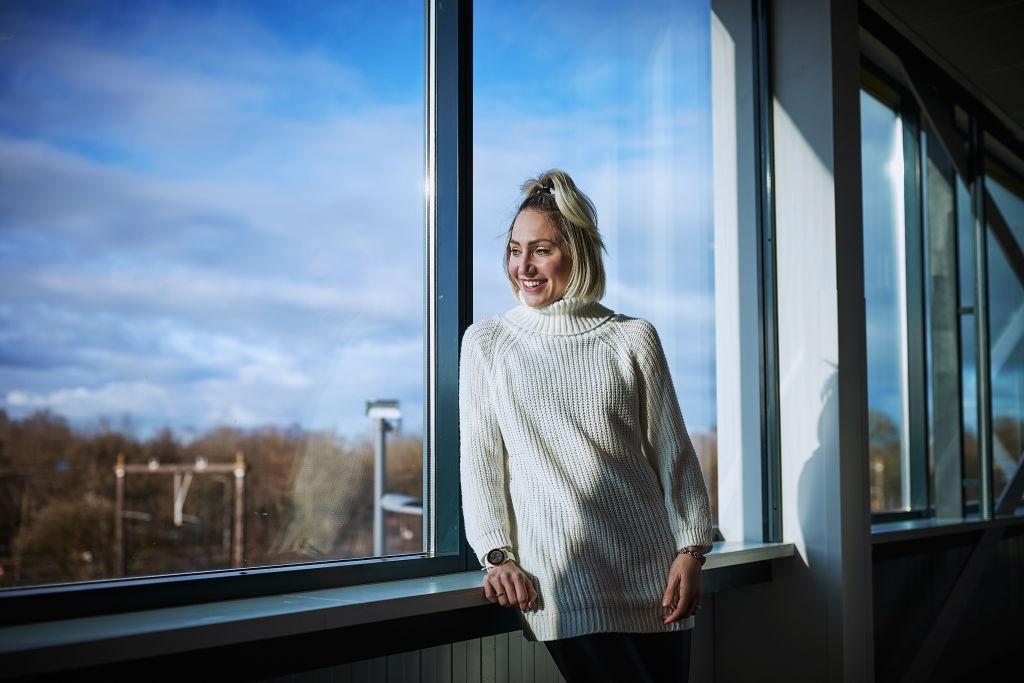 Eventually she needed surgery three times, for the shoulder to heal properly, but no setback could keep the dedicated Italian from realizing her dream. In 2012 she took her first two senior World Titles in Inline skating on home soil. She went on to win sixteen world titles in inline skating and a ton of European and national silverware too, but since that first time on ice as a 17-year-old, she also had an Olympic dream. 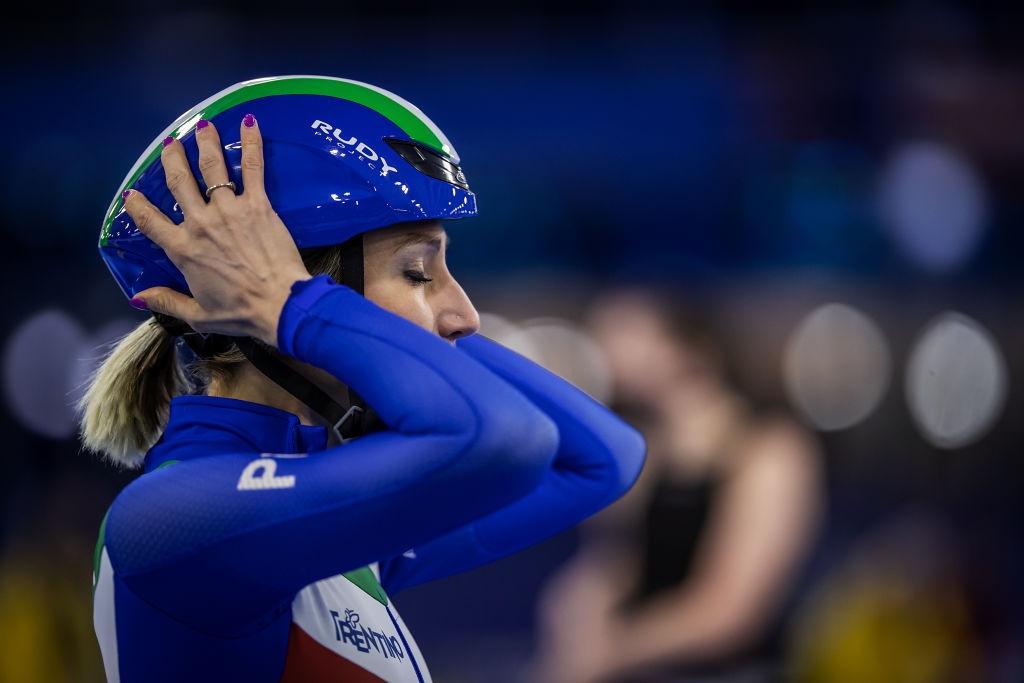 In 2012 she made a serious move on the ice: "I knew Dutch people from inline skating and they told me to come to the Netherlands to do Marathon Skating on ice. I won my first Marathon race in 2012."

Like Inline skating, Marathon Skating on ice was not an Olympic event however, therefore Lollobrigida switched attention from Marathon to Long Track Speed Skating. In 2014 she came 23rd in the 3000m at her Olympic debut in Sochi. 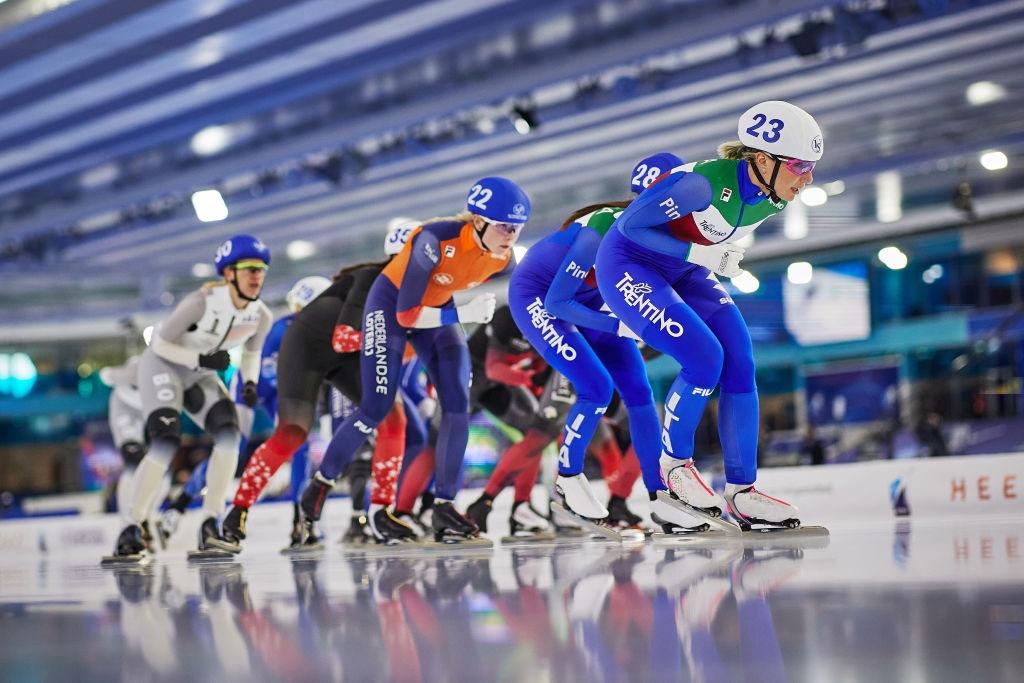 To Lollobrigida's delight the Mass Start was added to the Olympic Program for the 2018 Games in PyeongChang.

'I liked Marathon Skating because the race format was much like inline skating. Contrary to the classical long track Speed Skating, marathon skating is a bunch race and the Mass Start is a bunch race too."

Lollobrigida became a specialist in the Mass Start events, collecting multiple ISU World Cup Speed Skating medals and winning the Mass Start World Cup in 2014 and 2018. After becoming European Champion in January 2018, Lollobrigida went to PyeongChang as one of the favorites for Olympic gold, but she ended up seventh. It taught the Italian not to put all her eggs in one basket.

"The Mass Start is only one race and anything can happen. I'm happy that I improved a lot in the classical distances. I don't want to focus just on the Mass Start." 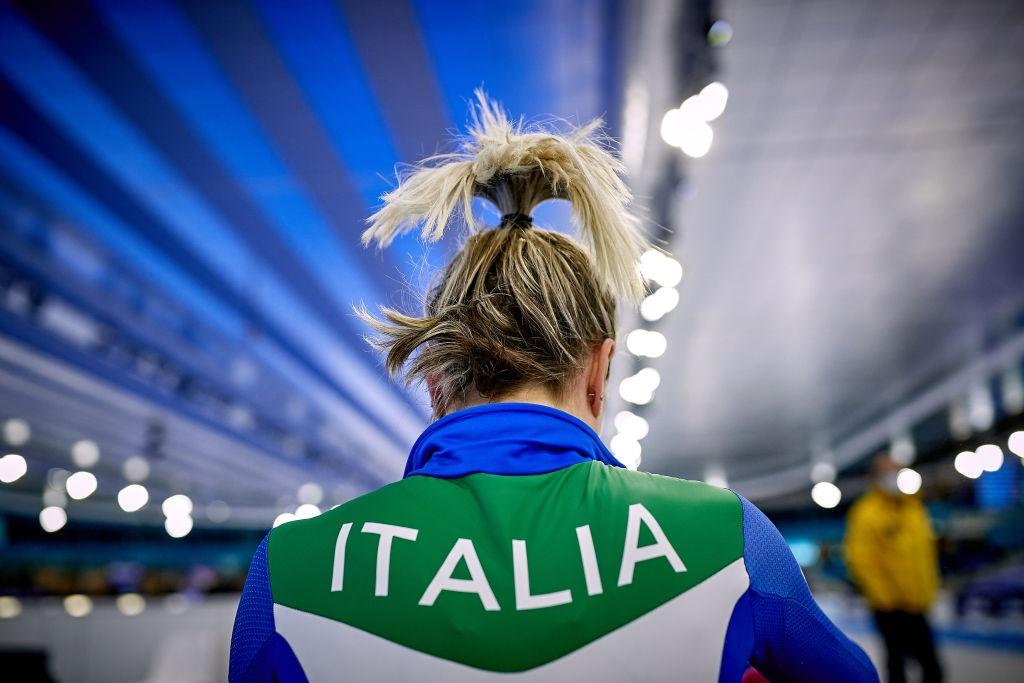 The shortened 2020/21 season was difficult for Lollobrigida. Not having been able to prepare for competition properly, she already looks further ahead to next season.

“I was glad we could compete internationally [in the Heerenveen Hub] and race after race I felt stronger. Next season I hope the competition starts immediately, so I can prepare well for the Olympic Games [in Beijing 2022].”

In the spotlight: Nil Llop defies the odds