Schulting in class of her own as she takes clean sweep

She won both the 1000m gold and the 3000m Superfinal to complete a clean sweep of all four individual races. It meant she secured her second overall World gold, retaining the title she first lifted in 2019.

Schulting was simply a class above the rest of the field. In the 1000m, her favorite distance, she took the lead with six laps to go, and did what she had done on Saturday in both the 500m and 1500m: applied so much speed that nobody else could cope.

Only Hanne Desmet (BEL) – who trains with Schulting thanks to the Netherlands-Belgium coaching partnership – could get anywhere near her. Desmet took silver, while Courtney Sarault of Canada won bronze.

It was no wonder most of the field was left behind – including world class skaters like Arianna Fontana (ITA). Schulting completed the 1000m in one of the fastest times ever.

“I'm super happy and defending my 1000m title also felt like a relief somehow,” said Schulting afterwards. “I was so surprised when Hanne said ‘look at the screen’ and I found out my time was just 0.2 seconds behind the World record.

“I didn’t think about it going into the race, it wasn’t really my goal [getting a World record]. But it would be really nice to have. It is still on my list. Having won three World titles here so far and defending my 1000m and overall World title really makes me happy.”

Schulting then cruised to victory in the 3000m Superfinal, with Sarault coming second and Selma Poutsma (NED) in third.

It left her on a remarkable 136 points. Saurault got overall silver with 58 points, while Fontana secured bronze with 39 points.

Schulting then anchored the Netherlands to victory in the Ladies 3000m relay, alongside Poutsma, Yara van Kerkhof and Xandra Velzeboer, to get her fourth gold and complete a perfect weekend.

“Today I think was the most difficult day, having all the pressure on me,” said Schulting. “To come away with all gold medals, and also winning the relay, is just amazing. I couldn’t have finished this competition any better.”

While the field was missing several Republic of Korea racers who might have given Schulting a tougher weekend, her worth as champion and status as world no.1 cannot be questioned. As Sofia Prosvirnova (RSU) said afterwards: “Suzanne is just unbeatable right now. She is in a class of her own.”

Schulting’s Dutch teammate Poutsma agreed. “I see her train every day, and I know she has this in her,” she said. “I knew she was capable of doing this, and it’s amazing to see she’s done it.”

Emerging star Sarault can also be happy with her weekend. “I am very proud with how I did,” she said. “I came to this competition wanting to be on the podium. I kind of forgot what it was like to win medals and celebrate, so this was really special for me.”

On Schulting, she added: “In the end, it's still Short Track, anything can happen. But I always like it to compete against the strongest athletes and she is certainly one of those.” 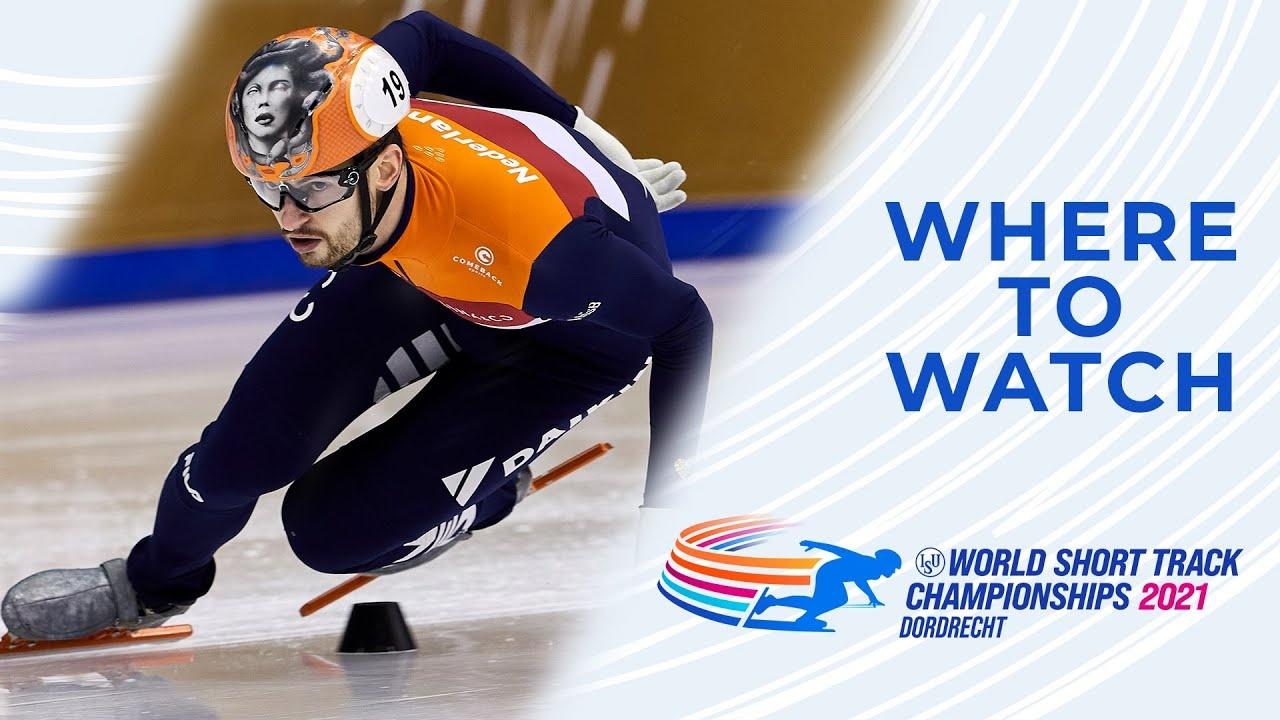 Viewers will be able to watch the ISU World Short Track Speed Skating Championships either via their national broadcaster / channel and for countries where there are no broadcasters, the ISU will offer a live stream on the Skating ISU YouTube Channel.

All the information is available in the Where to Watch. For further information regarding the ISU World Short Track Speed Skating Championships, including the announcement and entry list please visit the dedicated ISU Event Page and listen to The Ice Skating Podcast.

Highlights, clips, interviews, behind the scenes:

Hamelin proves he still has what it takes