“I felt like a little kid,” Ryan Pivirotto (USA) said after one of his training sessions at the Dordrecht 2021 ISU World Short Track Speed Skating Championships. “It’s exciting to race again, to see everyone,” he added. But for Pivirotto that was not the only thing. Coming back to the world stage had been an uphill battle the US Short Track Speed Skater, who struggled with depression after not having been selected to compete at the 2018 Olympics.

“Looking back at the last years, there is a lot of progress I made. There’s a lot of things I did to get myself where I am now,” he explained.

The future looked bright and Pivirotto got to travel to PyeongChang for the 2018 Olympic Games. In South Korea, he ended up watching his teammates from the sidelines as he wasn’t chosen to compete in the Team Relay.

As a result, he questioned his ability and almost retired after the Games. “I just had a different Olympic experience than I thought I would have and looking back at it, there’s been a lot of things that didn’t go how I expected them to go,” he said.

Pivirotto said he realized that he should have stepped up more to make himself vocal about what he wanted from the team and what he wanted to do for the team. “It took me a long time to realize that and a long time for me to get back into loving the sport and loving training,” he said.

“It was tough just going to practice after the Olympics. The want, the love was just not there for me. It took me about a year to get it back.”

It wasn’t until the 2019 US Short Track Speed Skating Championships that he started to feel he was skating the way he wanted. “Talking to my coach Wilma was a huge help during that time. I was very social and open with her and told her my story, my weaknesses and what I wanted. Having that open communication and feedback from her really helped.”

Pivirotto got back into training and started to enjoy the sport again. He competed internationally and took a bronze medal in the relay at the Four Continents Championships in the 2019/20 season. 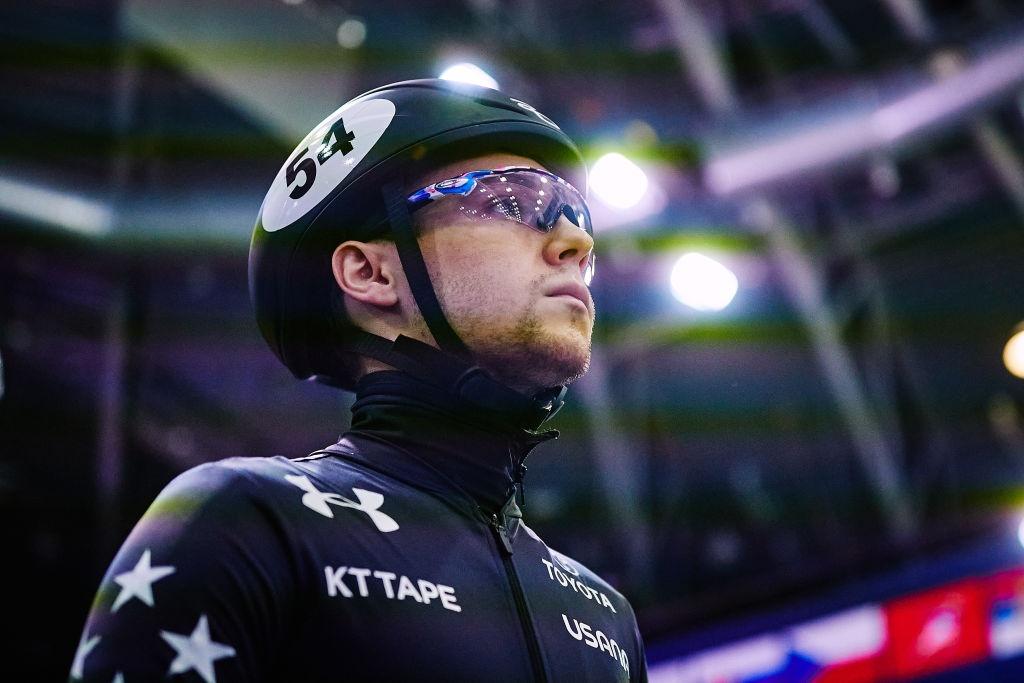 But when COVID-19 came around and stopped trainings and competitions, Pivirotto had a hard time. “I saw some similarities, I definitely could see myself getting back in the habit of almost like a depression, not wanting to skate.”

“But then I said: ‘I want to stop feeling like this, I want to stop making excuses’. So I went to see a sport therapist and we talked a lot. That really helped me through a lot this season.” 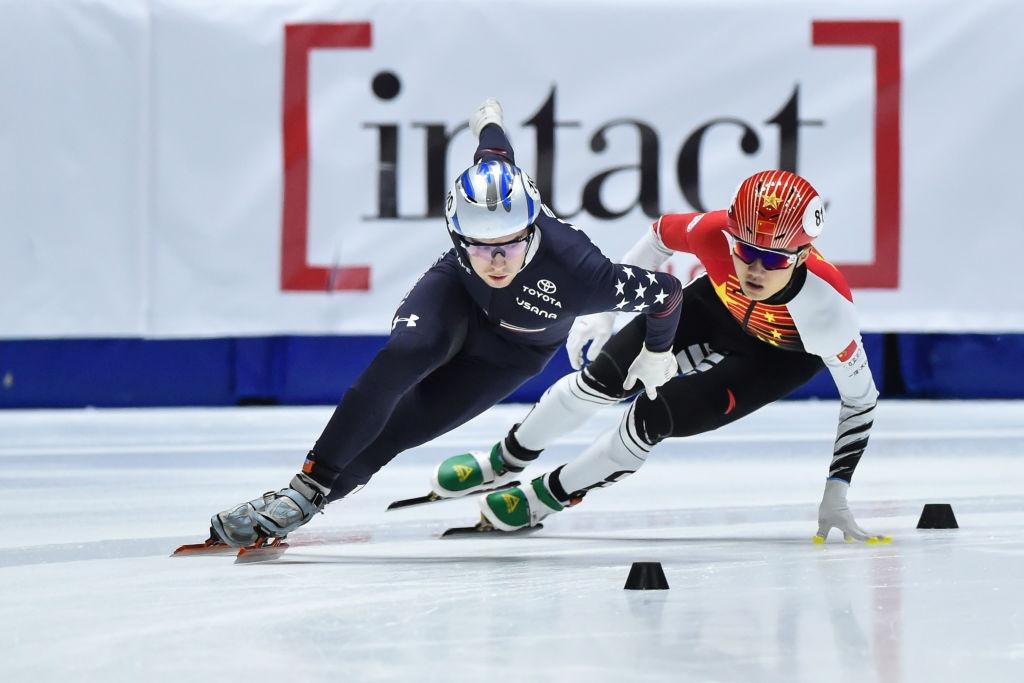 Pivirotto got #UpAgain to finish on the 23nd place in the Overall Classification and finished seventh with the US team in the Relay ranking at the ISU World Speed Skating Championships in Dordrecht, the Netherlands. For Pivirotto, it’s one of the important steps towards his main goal: the Beijing 2022 Olympic Games.