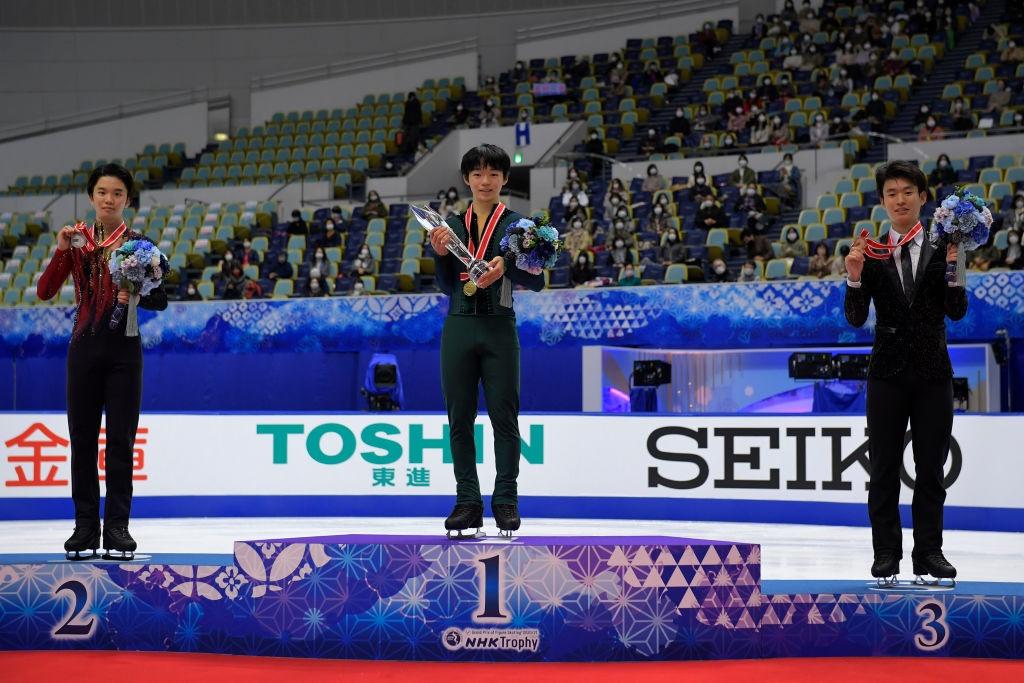 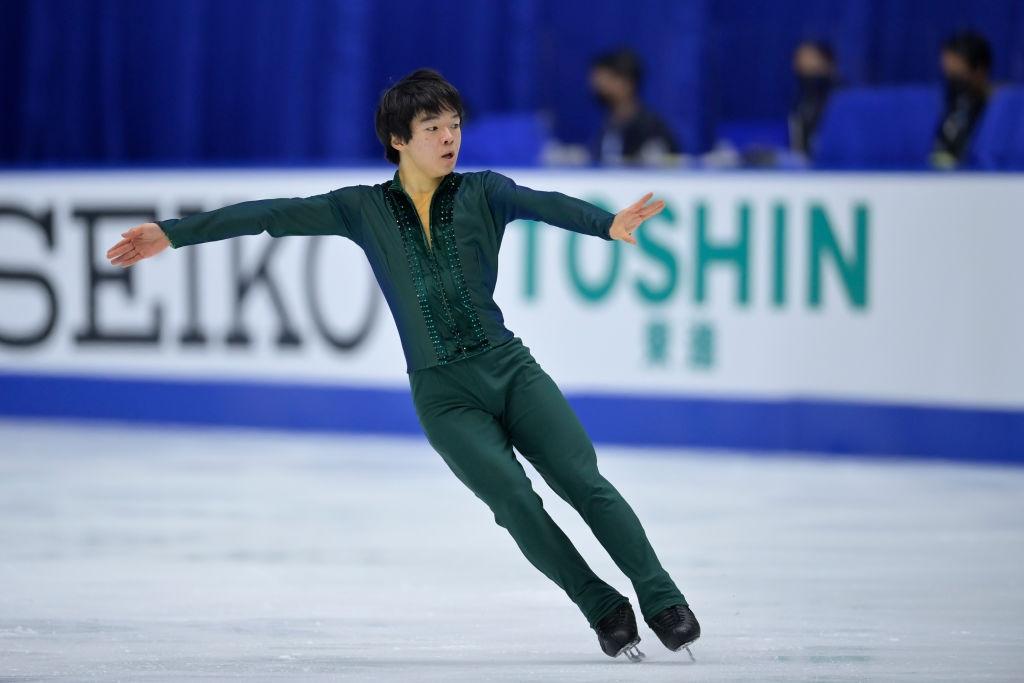 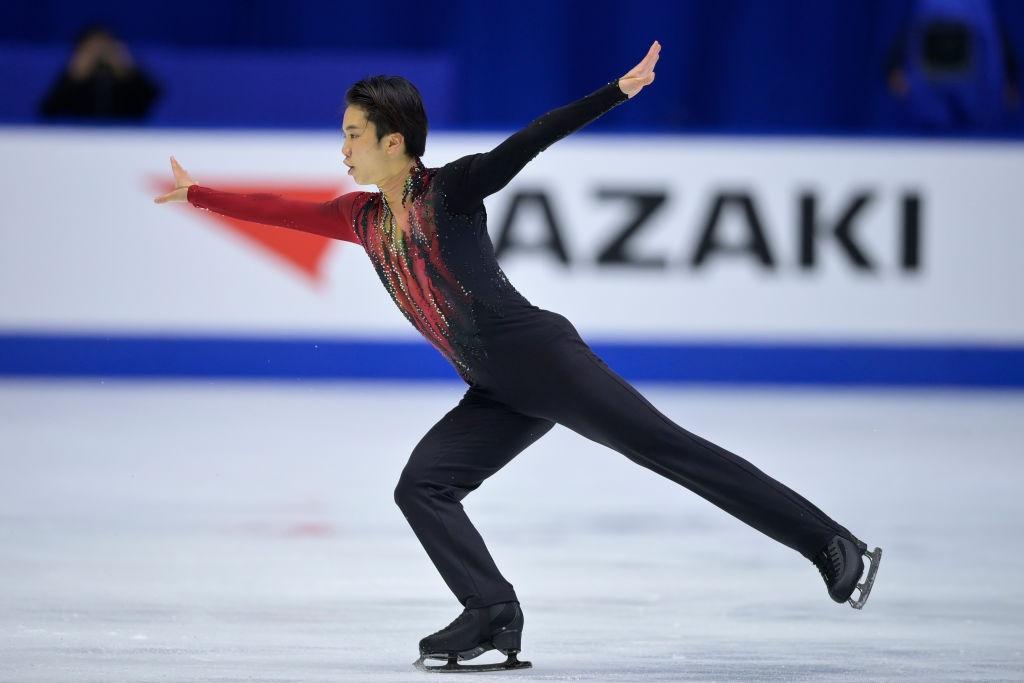 Tomono’s expressive program to “Moulin Rouge” featured a quad Salchow-double toe, a triple Axel and two more triples as well as difficult spins. However, the ISU World Championships competitor doubled two jumps and singled an Axel. He got the third-best Free Skating score with 143.35 points and remained in second place at 226.62 points total.

“The practice and the warm up felt good, but at the end I was not aggressive enough,” Tomono observed. “I was too careful and jumps ended up as doubles. I need to trust my training more. I want to be more confident and for that I need to train harder,” he continued. 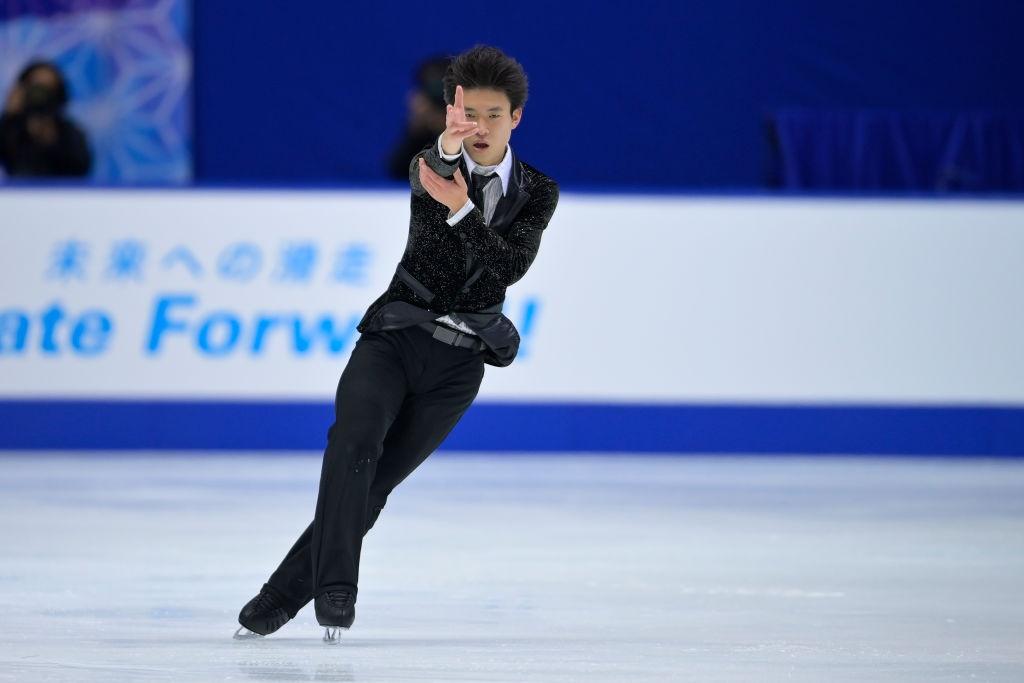 Skating to a James Bond Medley, Honda popped his first Axel into a single but recovered to complete seven triples. The Japanese Junior Champion was ranked sixth in the Free Skating with 138.34 points, but held on to third place at 217.56 overall.

“I was surprised I was third yesterday and today I know that if I am in first after my performance, I would make the podium. My Free was not that great but I was surprised again,” the 18-year-old commented. “I didn’t really worry about the placement today. I just wanted take in the atmosphere here with the audience.”

Keiji Tanaka (JPN) missed the podium by just two points to come in fourth place at 215.52 points. ISU Junior Grand Prix Final Champion Shun Sato (JPN) moved up from seventh to fifth place on 214.75 points ahead of Kao Miura (JPN), who came from eighth to sixth and ranked second in the Free Skating (210.53 points)

Where to watch and follow the ISU Grand Prix of Figure Skating 2020?

The ISU Grand Prix of Figure Skating will be live streamed on the Skating ISU YouTube Channel.

Geo-restrictions will apply in markets where TV rights are in place. You will find the full list in the Where to Watch news here.

Subscribe to the Skating ISU YouTube Channel to receive alerts when the live streams start and when new videos are posted.

The ISU Grand Prix of Figure Skating Final that was to be held as an Olympic Test Event on December 10-13 has been postponed. The ISU, in consultation with all stakeholders and considering the pandemic developments, is evaluating the continuation of the 2020/21 season.

In Focus: The best pictures of the ISU Grand Prix of Figure Skating - Rostelecom Cup